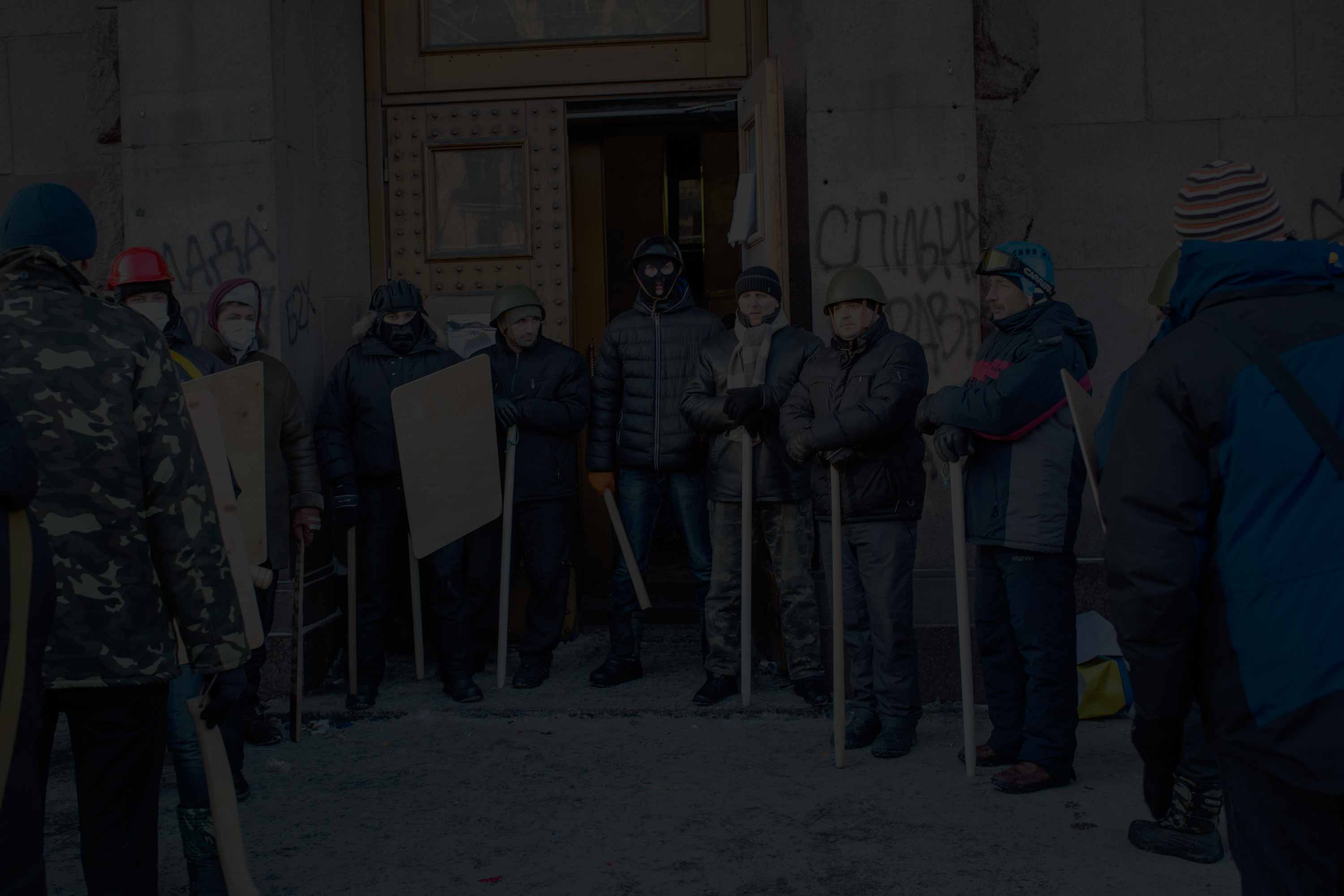 Fulltext of the document:

In case further negotiation with southeast Ukrainian Insurgents should prove futile, the only practicable solution should be a swift crackdown on the separatists and terrorists, to be undertaken irrespective of public opinion or operation costs. Procrastination would dramatically reduce the operation’s chances of success.

Possible political and material downsides of an operation should be greatly outweighed by the following probable gains:

The Presumable Stages of a Military Operation

Stage One: Total isolation of the rebel region

Considering that any resident of the Donetsk Region and the Lugansk Region has had enough time and opportunities to leave the area of hostilities provided that they wanted to do so, anyone who has stayed behind should be regarded as complicit in the unrest, or supportive of it.

Martial law shall be introduced in the defiant regions. All local authorities shall have their competencies terminated, the Constitution shall be suspended. Direct presidential rule shall be imposed.

The circle of troops around the rebel region shall be tightened gradually. Ground assaults shall be prece4ded by air strikes against the enemy’s strategic facilities, artillery and mortar teams, and bunched-up troops. The use of non-conventional arms shall not be ruled out in certain cases in order to ensure smaller casualties among our own personnel.

Settlements shall be liberated one by one, with armor going in first and wiping out the remaining pockets of resistance, shooting to kill anyone who bears arms. Infantry shall move in next to relocate male adults into internment camps. Anyone who attempts to resist shall be executed on the spot. Children aged under 13 and people older than 60 shall be moved to specially equipped facilities in areas that are further away from the zone of the anti-terrorist operation.

Internment camps shall set up outside the settlements that have been cleared, and guarded by units who are considered to be ideologically safe. People featuring traces of combat engagement, like bruises, scuff marks, gunshot and fragment wounds, traces of gunpowder and gun oil on the skin and clothes, shall be tried in court for separatism and terrorism. After a two-month period of internment, the remaining individuals shall be allowed to return to places of their residence and be placed under surveillance by security services.

Stage 3: Back to Normal

Military specialists shall be employed to restore water, heat, power supplies and communications.

The borders shall be strengthened, with checkpoints set up to avoid possible provocations by Russia and to prepare for a massive return of refugees. Those who fled the war zone shall be allowed to return to their place of residence. However, men aged 18-60 shall be checked for possible support for separatists in internment camps. The property of convicted and displaced residents of the Lugansk and Donetsk regions shall be nationalized by the state and later awarded to the servicemen who would be distinguished for valor during the anti-terrorist campaign.

Special focus shall be made on information security, which means that the area of the anti-terrorist campaign shall be made off limits to foreign media. Stories of heroism and courage of Ukraine’s armed forces, the National Guard and other armed units in saving civilians in the east of Ukraine from terrorists and armed gangs shall be spread as broadly as possible.

Note: If the active stage of the anti-terrorist operation ends no later than September 1, 2014, martial law shall be lifted no earlier than January 1, 2015.